by Cryptids After Dark 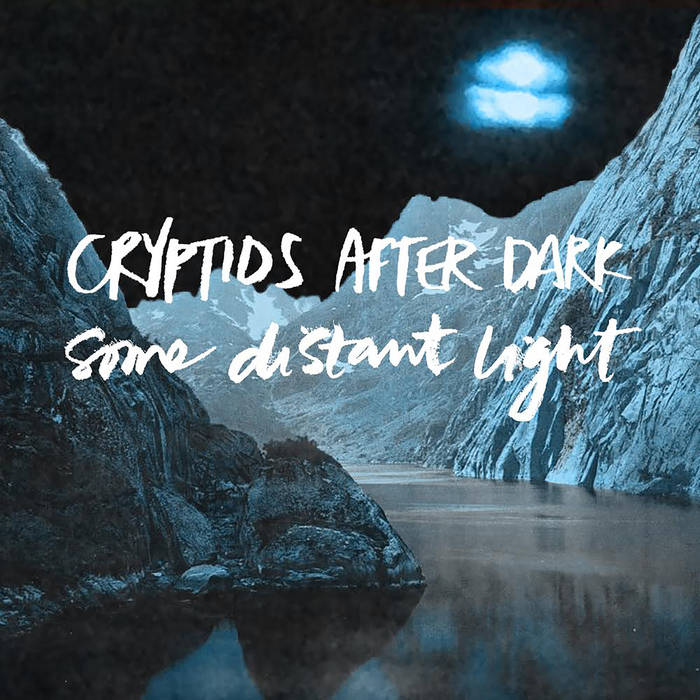 “My vision of the future hasn’t gone as planned. Perhaps too passive at critical moments, never tried to take command” sings Travis Kokas on the track “Days Of Feeling Pretty” from the debut album of his solo recording project, Cryptids After Dark. After his former band, The Cusacks, called it quits in 2002, he struggled to exert himself creatively in the years that followed. Reluctant to share his songs with subsequent bands, feeling that they seemed out of place, he accumulated a sizable catalog of songs just waiting to be heard. Through the encouragement of ex-Cusacks bandmate, Dave Gibson, Kokas finally decided to share some of his material with the world. The resulting debut full length, Some Distant Light, is a collection of songs blending his trademark 60’s-influenced jangle pop with new wave, synth pop, and shoegaze influences.

The lead single, “Nearly Perished Before,” opens the album with layers of infectious synth and guitar hooks, easing into the breezy power pop of “Sedentary Girl,” the haunting melancholia of “Longing For Your Home,” the proggy guitar drive of “Retake You On,” before closing with the orchestrated, Elephant Six-style pop of “Get Too Far.”

The album took six years to complete. Initially intended to be an EP, four of the tracks were recorded in Charlottesville, Virginia in 2010 with former Cusacks bandmate, Dave Gibson on bass/backing vocals and Kris Hough on drums. Scrapping the EP idea, Kokas returned to Charlottesville in 2015 to record six more tracks with Gibson once again on bass/backing vocals and Adam Brock handling the drums this time around. Overdubs for both sessions were recorded by Kokas at his home in Columbus, Ohio and completed in 2016.

While still strongly influenced The Byrds, Sloan, and Gorky’s Zygotic Mynci, Kokas also reveals his admiration for artists such as Lush, Ride, Tame Impala, The Fresh & Onlys, Duran Duran, The Cure, and New Order in his use of guitar and synth effects to invoke emotions. Though the songs cover a ten-year period, common themes of uncertainty and traveling into the unknown, emotional pain and loss, and obsession with outcasts emerge. Kokas says, “I find it difficult to write songs when I’m content. It is easier for me to write when I’m anxious and somewhat reflective at the same time. Also, I often find myself observing people I don’t know in a variety of settings and imagining what their lives must be like. My songs are usually a synthesis of the scenarios I have created about these strangers I’m observing and my own emotional state in a setting that is distant and nebulous.”

Recorded in Charlottesville, VA and Columbus, OH between 2010 and 2016

Bandcamp Daily  your guide to the world of Bandcamp

New sounds from Mavi, Ivy Sole & Moderator, plus AJ, the One joins the show, for her latest release